Residents raise their glass in lockdown

Detailed recycling statistics have given a snapshot of life under lockdown in West Oxfordshire.

Surprisingly, during April we threw away far less paper and card than in the same month last year while we disposed of 95 tonnes of plastic waste – a modest rise of 10.75 tonnes.

But the headline figure is for glass. A total of 741 tonnes was disposed of across the District – a rise of almost 292 tonnes on the same period last year.

Cllr Norman MacRae, Cabinet Member for the Environment, said: “With so many of us being confined to our homes, habits seem to have changed.

“While it is difficult to explain some of the statistics, I would hazard a guess that people are drinking more at home with pubs and restaurants remaining closed.

“It will be interesting to see how these figures change as lockdown continues to ease and we adapt to the recovery.”

Overall 1,057 tonnes was collected from recycling bins in April, a rise of 158.6 tonnes year on year.

Cllr MacRae added: “I would like to pay tribute to residents for their efforts to recycle and to our waste crews on the front line for collecting such an increased tonnage in what has been an extremely challenging time.” 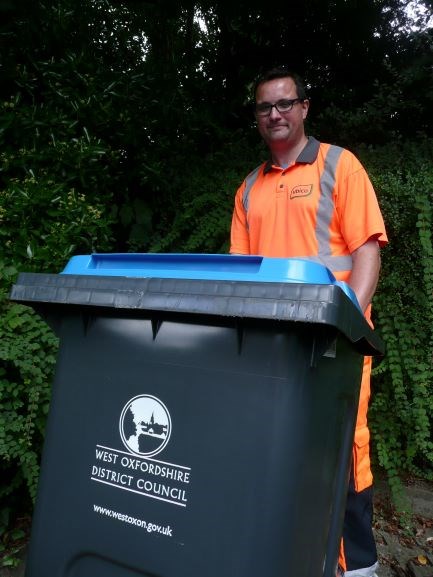