West Oxfordshire District Council are ‘building back greener’ across the district's open spaces. The council maintains 106 hectares of green space and work is now underway to enhance biodiversity across the sites for both wildlife and people.

Following the feedback from 80 residents in a public engagement exercise run in November/December 2021 the council has produced land management plans to deliver improved air quality, restoration of grassland areas, the planting of more hedgerows and establishing more wildflower and grass meadows.

Cabinet Member for Climate Change, Councillor David Harvey, said; “West Oxfordshire is a beautiful place to live and work but we need to do more to support local wildlife and help promote biodiversity.

“We maintain green spaces and need to ensure we commit to improve habitat connectivity for species that are most affected by climate change. Having declared a climate and ecology emergency, we now need to address the problem by supporting biodiversity, reducing air pollution and stopping flooding by allowing land to absorb rain and prevent surface runoff.

“Biodiversity is important and sowing additional wildflowers as well as maintaining existing crops is one way to support pollinators. One such pollinator is the honey bee, vital to both pollinate the food we need to survive and pollinate trees and flowers that provide habitats for wildlife, which is important to human health, underpinning nutrition and food security.”

The new landscape management plans have been created to maximise the wide range of natural benefits each council-owned site brings over a 5-year period. The main sites covered by the plans are located in Carterton, Brize Norton, North Leigh, Chipping Norton and Witney.

The plans include changes to the way the land is currently managed. Council contractor Ubico will be cutting grassed areas less, going from 10 cuts per year to 7 which will allow species of plants, such as daisies and buttercups to grow. In meadow areas, changes to the cutting regime will promote growth and increase carbon storage within plants’ roots, leading to more effective floodplains.

The Council will also continue to support the Witney Woodland Volunteers and the Friends of North Leigh Common - two volunteer groups who assist with valuable nature conservation across the sites. The council also plans to set up a new volunteer group at Kilkenny Lane Country Park in Brize Norton, to manage the mosaic of habitats present across the 20-hectare site

West Oxfordshire District Council declared a climate and ecological emergency and made a pledge to become a carbon-neutral council by 2030. In early 2020, the council published a report on Climate Action for West Oxfordshire to set out a proposed framework for:

Residents of West Oxfordshire can play a part in nature’s recovery, with guidance from the links below; 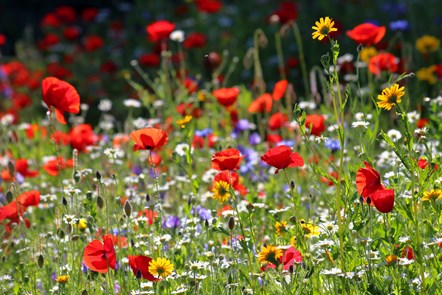