At its Annual General Meeting today (18 May) the Council voted in a new leader and administration for West Oxfordshire District Council.

This follows the local elections on 5 May 2022 which left no political party with an overall majority. A total of 25 of the 49 seats are required to form a majority and no one individual party reached this number.

The split of councillors by party following the election was:

The Liberal Democrat, Labour and Green groups have now agreed to form a new administration to run the Council and will be known locally as the ‘West Oxfordshire Alliance’.

Councillor Andy Graham, the new Leader of the Council, said; “I am incredibly excited to form this new cabinet with colleagues from across our West Oxfordshire Alliance and to be Leader at West Oxfordshire District Council.

“We will be starting work straight away with officers to set the priorities for this administration and deliver on behalf of all the residents, communities and businesses across West Oxfordshire.

“We have already agreed on the areas we will be focussing on which include tackling the climate emergency, improving health and wellbeing, keeping our rivers clean, improving local democracy, helping the local economy, tackling inequality and creating the right Local Plan for our communities.

“I am confident that together we will be able to achieve great things for the area we all love while also providing the council services we all expect.”

A new chair for the Council was also voted in at the meeting. Councillor Julian Cooper will chair the Council over the next 12 months. 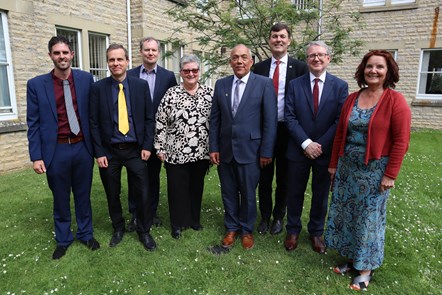