Leader of West Oxfordshire District Council Andy Graham has reflected on the Council's achievements against a demanding local and national landscape. The past year has presented a number of challenges, including the cost of living crisis, the war in Ukraine and the continued economic impact of the global pandemic.

Leader of the Council, Cllr Andy Graham said, “Despite the challenges that we have all faced this year, I feel determined not to lose sight of everything that has been achieved by this Council.”

The Council responded to the cost of living crisis by providing direct help as well as information and resources to those in need. This included rolling out the Government’s £150 Council Tax rebate to residents along with discretionary funding for those households that didn’t initially qualify. A new £750,000 Initiatives Fund has been set up to provide community grants to organisations supporting people during the cost of living crisis.

Another significant project for the Council this year has been towards providing affordable homes to meet the needs of the district. An example of this has been the net-zero carbon custom-build homes at Walterbush Road, and more developments are in the pipeline.

The Council has strived to connect better with communities and has taken the cabinet on tour so that people can be part of the cabinet's decision making processes and also rolled out a series of Facebook Live events online. Other projects have included introducing the Commonplace platform to make it easier for people to take part in consultations.

The Council has also embarked on its budget consultation for 2023/24 so that residents can have their say on spending plans for next year.

Cllr Graham continued, “We will continue to work hard for you, putting you at the forefront of everything that we do. I am sure that 2023 will bring different challenges, but we are ready to face these challenges as your Council.” 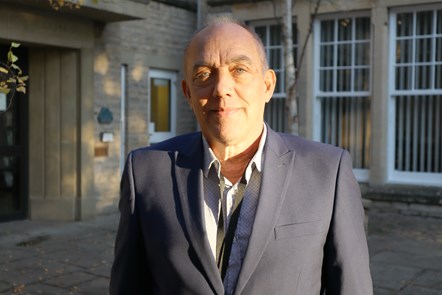