Council commits to taking action on violence against women and girls

West Oxfordshire District Council (WODC) has passed a motion promising to commit to making streets safer for women and girls. Council members from all Parties spoke passionately and emotively about the importance of the motion, brought by Cllr Rosa Bolger (Labour and Co-operative) and Cllr Merilyn Davies (Conservative), which was unanimously supported.

Cllr Rosa Bolger, who proposed the motion, said, “My young son and my young daughter are the next generation. I’m raising my son to respect women and end toxic masculinity; I’m raising my daughter to become everything she wants to be, free from harassment and misogyny. I propose this motion because women feel uneasy following the murder of many more women in the months since the horrific murder of Sarah Everard. Women want change, they want it to be supported by women and men, and they want it to happen free of party politics. That’s why I’m proud to be working on this issue on a cross-party basis.

Cllr Bolger opened the motion by asking members to count how many women were in the chamber. She then asked that the response - sixteen women - be multiplied by five. Cllr Bolger explained that the subsequent figure of eighty was how many women had been killed since Sarah Everard’s murder at the hand of men. She said, “that is all sixteen women in this chamber, times by five, dead. Let that sink in.”

Cllr Merilyn Davies, Cabinet member for Housing and Communities, who seconded the motion, said, “Every woman might not experience violence on our streets, but every one of us knows that it feels like to be prepared for it. We have grown up knowing we need to assess the safety of our surroundings and instinctively plan to mitigate any possibility of danger. It cannot be right that 51% of our District experience this as a matter of course. This motion aims to reassure women that West Oxfordshire District Council takes this matter seriously and that we will work with all relevant agencies – through the WODC led Community Safety Partnership - to create a strategy which will support a woman’s right to walk down the street free from harm or abuse.” 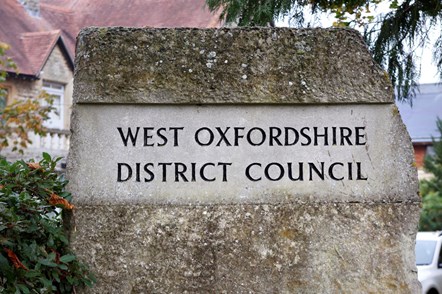