Councillors have backed a petition demanding action against the pollution of rivers with sewage by Thames Water.

The petition arranged by Witney Town Councillor Ruth Smith generated 1700 signatures which led to it to be considered by West Oxfordshire District Council’s Environment Overview and Scrutiny Committee.

Cllr Smith's covering letter for the petition highlighted how there had been “raw sewage discharges near Witney Sewage works into Colwell Book, part of the River Windrush catchment.”

It added that “other stretches of brooks and the river in Witney have changed their appearance beyond recognition from clear water to brown-grey.”

The petition calls for Thames Water to bring forward “essential upgrades” to the sewage storage tanks and the sewerage network in the District to put a stop to the practice of discharging sewage into the river network which Thames Water is currently permitted to do during periods of heavy rainfall.

The petition follows a motion passed by the District Council last January which called on Government “to ban the dumping of raw sewage into our rivers, with the ultimate aim of restoring our rivers to a state where we can safely swim in them and to protect their environment and biodiversity.”

A letter was subsequently sent to the Secretary of State.

The recommendations were ratified by a meeting of the full Council on Wednesday 28 October.

Cllr Norman MacRae, Cabinet Member for the Environment, said: “Discharging sewage into our rivers and waterways has never been acceptable and is a threat to the health of residents as well as having a detrimental effect on wildlife and biodiversity.

“It is pleasing to note that Witney Town Council supports our aims and aspirations to have clean rivers and we will continue to lobby Thames Water and our MP Robert Courts to bring about a change in the law so this practice can be eradicated.” 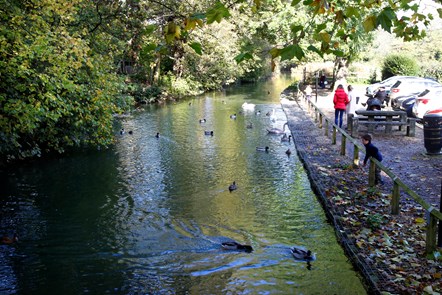