A Cabinet report from WODC inaccurately suggested that the Parish Council was supportive of the name Salt Cross which was chosen via a public competition.

This was not the case, nor was the suggestion that land promoters Grosvenor Britain & Ireland also backed the name.

Although the errors were later corrected at the Cabinet meeting last February, corrections were not made in the previously published Cabinet papers or in a subsequent press release.

Mr Hughes said: “The Parish Council as a body did not resolve that it was supportive of the name Salt Cross. In this context I apologise for the misleading statements made in the Cabinet report and in a subsequent press release.

“I would like to apologise to Eynsham Parish Council and I am sorry for any distress or inconvenience caused. A series of recommendations have been developed for officers to makes sure that these issues do not arise again in the future.”

Mr Hughes added: “Notwithstanding this apology I still consider that the naming process, including the competition and our engagement with key stakeholders, was a valuable process which helped the Council choose Salt Cross as a name.” 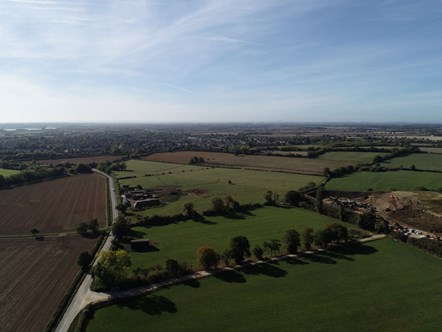